Law and Order: The infected casualty of the Klandemic*

Ah white privilege and entitlement: the one disease that actually does harm more people that Coronavirus (Hear that Pro-virus wingnut:. I just gave you your next "It's-not-as deadly-as...." talking point. Be sure the credit me when you're pilfering it.)

Just a quick reminder how the rules work (or don't as may be the case); Black people are bound by law. White people are protected by law. And that is.... 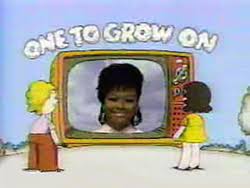 *Which will now be my "go-to" word for pro-virus white supremacists fighting for the "freedom" to spread their nasty-ass Conserva-coties on unsuspecting people without repercussion.

Edited to Add (5-13-20): I changed the title to add #Klandemic to the lexicon added a definition on what that meant.
Posted by Jon Dubya at 12:24 PM No comments:

Yes I dusted the cobwebs and fumigated the rats, so it's safe to come back to this long dormant blog now. And just in time for another entry in the Vote, Dammit! series. While voter turn-out has already been high this year than it's been in the past, there are still those trapped in the supercilious grip of the Voter Apathy party. One sledgehammer to use against this brick wall is to change the mentality of the way some folks approach voting and clear up any misconceptions people have about the concept.

The "I Loathe Trump" club will now come to order.

Greetings fellow libtards. Before we get on will our weekly task of being both deep-state and "elitists", let me take the floor to dispense this piece of advice.

I always find it weird when som3 some poo-throwing Trumpanzee tries to troll you with "You just hate Trump." The proper response for this is "Yeah? So what? It's with cause." It's not irrational or arbitrary. There should not be any shame in taking that position. Indeed it's the proper stance for all Decent-Americans.

You see we are just practicing what the great Martin Luther King taught preached in which he envisioned a dream where people were judged by the content of their character and not the color of their skin. Far too many Trump supporters (and their enablers) would like that to work the other way around.

Even with all that's been written about #metoo and the various sex abuses and misconduct the movement is attempting to catalogue and expose, there are people who still have a problem properly understanding the issue. There have been debates on whether this was an issue of "content" or "tone." But I propose that this may simply be something in need of a typography correction. So let us restate the basic premise now:

Do we get it now? Don't make me break out the 72 pt font and comic sans, people!
Posted by Jon Dubya at 7:33 AM No comments:

Just a quick observation about Roy Moore. Apparently Bill Clinton (or Ted Kennedy or Harvey Weinstein or whichever "liberal" bogeyman the "Wheel of Strawman" landed on for the day) is a stamp on someone's "One Free Puss-Grab Card!"

As a parting gift for that "stamp" here's some food for thought from Lauren Duca (using her story of online harassment as an example) about the way we obscure and obfuscate the victims' tales of harassment and abuse (it's basically the old platitude about hiding the needle of the subject amongst a whole bunch of straw):

It’s incredible how quickly the obvious awfulness of this story is obscured with nonsense. Is this actually about me trying to get famous? Does Martin really mean it when he says on a public video feed that he "get[s] to f*ck Lauren Duca"? Am I the true aggressor because I tweeted about him being at Guy Fieri’s Flavor Town Bar & Grill in August 2016?Really just pounds of nuance to unpack here, but if we can set all of that aside, I’d love to zero in on the simple reality eternally holding this conversation back: Online harassment victims feel they are not allowed to share their stories.

Edited to add (4-27-28): Now that Bill Cosby is going to J-A-I-L...O I thought a reminder is needed that that putting this justification in blackface doesn't make it any less ridiculous or disengeous.
Posted by Jon Dubya at 9:15 AM No comments:

Pop quiz, folks! Guess what's the problem with this?

He arrived at church ready for war, wearing black tactical gear and a ballistics vest and toting what authorities described as an "assault-type rifle."


No, no, no, wrong answer, Libtard! The actual problem is that we don't see a problem with that paragraph.

Update: Here someone who failed this little quiz spectacularly

Neo-Nazis:aka the weenies that were rejected by Oscar Meyer

Aww. And the world's tiniest violin is in the repair shop too...

A couple of things:

1) Yeah I mean who'da think that being around a bunch of people that promote the violent oppression and eradication of whole groups of people would have such negative consequences?

2)  Dude, I think a "My live is over" testimony is more applicable to Heather Heyer, because she was killed by your "allies".


Isn't that the same thing nowadays?*

4) I'm amazed at how quickly the all the smug "machismo" facades and macho posturing fade away from these cretins when faced with a little accountability, a little push-back from people tired of their awfulness. Incidentally, Heather Heyer's mother has also gotten death threats (for the grand "crime" of  invoking her daughter's murder to inspire people to rally against injustice) yet she (who has a daughter who was killed by "moderate Republicans", remember) doesn't seem to be pouring herself as much whine as these losers have. If these guys were bigger pussies, The Donald would be grabbing them right now.

Edited to add (8-19-17): These are some of the "misunderstood" "moderate Republicans" that Mr Jerrod Kuhn desired to be a part of. Yeah it's so freaking hard to figure out why the public might not want such roaches infesting their neighborhoods.

*Any "moderate Republican" that's "offended" by that association would probably do well to stop pandering to and coddling white supremacists and start denouncing and standing up this this horrible cancer on our society.

Stuff I look at (besides THAT of course!)